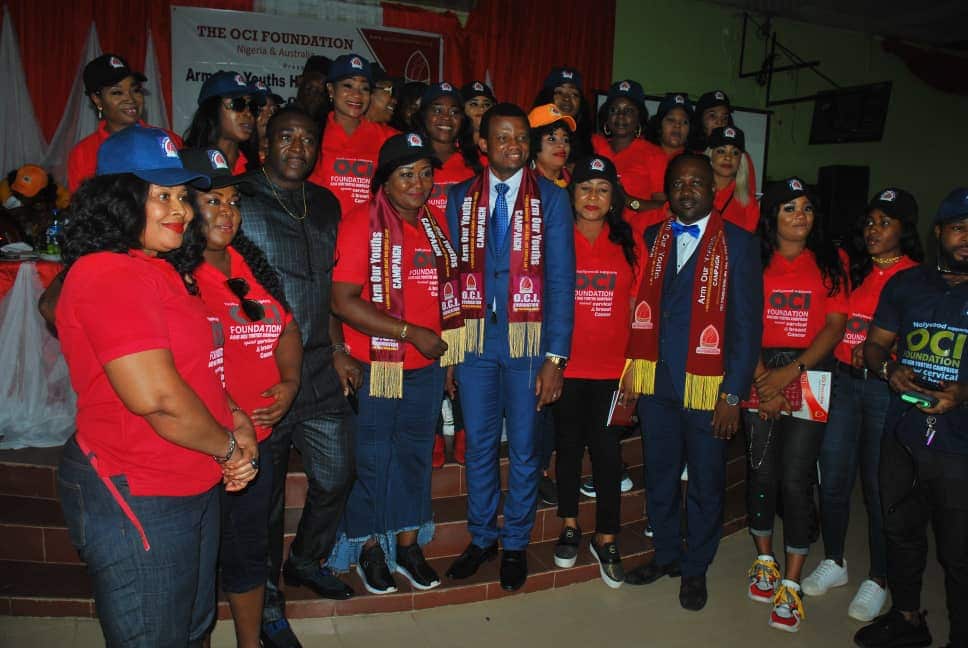 Posted at 16:16h in Blog, OCI in the News by Admin, OCI Foundation 0 Comments
0 Likes

AWKA – An Australian-based charity organisation, the Onyebuchi Chris Ifediora (OCI) Foundation, has expressed worry over high mortality rate from breast and cervical cancers in Nigeria and has offered a helping hand.

The group, in collaboration with the Anambra Government yesterday at Nnamdi Azikiwe University, Awka, inaugurated the ‘Arm Our Youth’ (ArOY) health campaign aimed at creating awareness among young people on the deadly diseases.

President of the foundation, Prof. Chris Onyebuchi, while unveiling the campaign,  explained that it is primarily targeted at students across senior secondary schools in the country.

According to him, relevant teaching on anti-breast and anti-cervical cancers was being introduced into the regular academic curriculum, along with assessment and examination systems.

“The beauty of the ArOY campaign is that, should this ever be the case, the campaign’s beneficiaries would have already been well prepared and ready to, not only embrace these challenges when they come, but to actively seek for the interventions,” he said.

He lamented that of the roughly 14,000 Nigerian women diagnosed with cervical cancer every year, over 8,000 die.

The implementation of the initiative, he continued, had begun in Anambra with the inauguration and would be expanded to other states of the country by 2025.

He added: “It is unique because the ideas behind it were developed with significant input from the prestigious Harvard Medical School (Boston, USA), and has a formal endorsement from that great institution”.

“It is a unique campaign because the programme has an evaluation (research) component, which is being overseen by the Griffith University School of Medicine, Australia.

“The foundation is willing to work with anyone, and with any group, and with all interested governmental or non-governmental bodies, to actualise a nationwide implementation of the project”, he said.

In her speech, Prof. Kate Omenugha, the state Commissioner for Basic Education and chairman on the occasion, described cervical and breast cancers as “the major challenges of healthcare in developing countries like Nigeria.”

Omenugha assured that the state government would continue to partner the foundation to ensure successful implementation of the campaign in the state. She urged Nigerians to join the campaign.

He said:“Anytime you want to carry out any diagnostic health experiment in the country, you must start with the youth otherwise, it fails.

“Our commitment to this project is total, complete and all encompassing to further help take the message beyond the state,” he assured.

Esimone advised the foundation to set up a trust fund to sustain the project beyond the state.

“We have set out modalities to involve the Students Union Government (SUG) and NAU Women Association to build the campaign into the orientation programme for fresh students and those going for youth service,” he concluded.

Over 22 Nollywood artistes led by Ebele Okaro, as well as school principals, students and officials in the education sector attended the occasion.